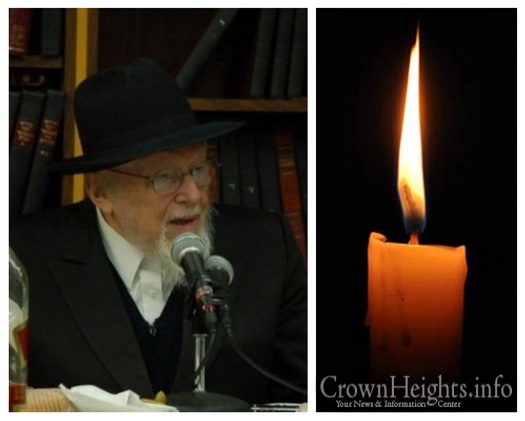 With great sadness we report the passing of Rabbi Mordechai Altein OBM, a legendary Shliach and Chossid. He passed away on Sunday, the 3rd of Kislev, 5780.

Born in 5679, Rabbi Altein was considered a leading Chabad Rov, and one of the first Modern Shluchim.

Despite being an american bochur, Mordechai attended the Lubavitch Yeshiva in Otwock, Poland under the auspcies of the Previous Lubavitcher Rebbe.

He was later sent to establish yeshivos is locations accross the US, including Pittsburgh, the Bronx, and New Haven, CT.

He was predeceased by his son Yosef Yitzchok obm.

He is also survived by his sister Mrs. Miriam Popack of Crown Heights.

The Levaya will take place Monday, at Shomrei Hadaas in Boro Park at 1:30pm. The procession will pass 770 at around 2:30pm.