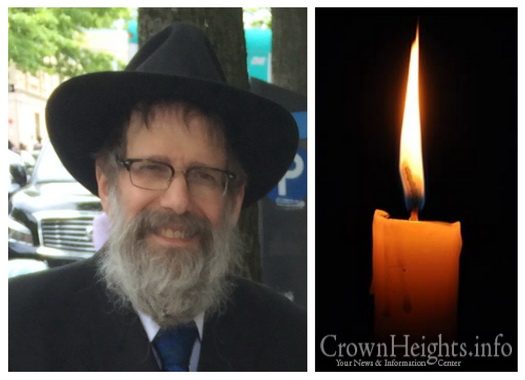 With great sadness we report the passing of Meir Aaron Schreiber OBM, a long time resident and political activist of Crown Heights. He passed away following an illness on Wednesday, the 4th of Elul, 5779.

Meir Schreiber was a lawyer and activist in the Crown Heights community, running for Vaad Hakohol in the 2010 election.

Meir was well known as a Baal Tzedaka, and assisted many mosdos including Machon Chana and Morristown Yeshiva.

The levaya will take place tomorrow, Thursday, leaving Shomrei Hadas at 12:00pm, and passing 770 at 1:00pm.