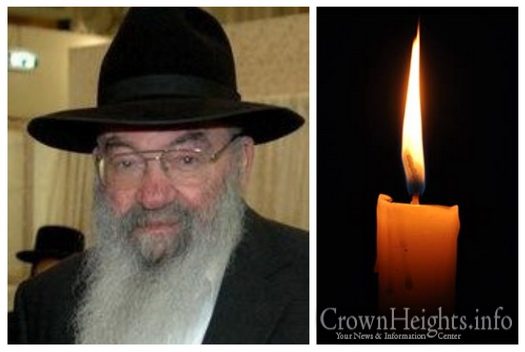 With great sadness we report the passing of Rabbi Boruch Gopin OBM, a founder of the village of Kfar Chabad and its Yeshivos. He passed away on Sunday, the 10th of Av, 5779.

Rabbi Baruch Gopin was born in Ukraine in 1924, during Stalin’s regime. When he turned 15, WWII broke out, he became separated from his parents for 3 years, wandering Russia alone.

When he was 18, he was reunited with his family in Samarkand, and the family later emigrated to Paris.

While in Paris, he married Gnesha, the daughter of Rabbi Moshe Zalman Kaminetsky, and together they traveled to Israel, joining the first settlers of the Kfar Chabad village in Central Israel.

He and his wife were also part of a group of parents who were concerned about proper Chinuch for their children, so together they established the Lubavitch Yeshiva for boys and Bais Rivkah school for girls in Kfar Chabad.

He was predeceased by his wife Gnesha in 2000.

The Levaya will take place in Israel, times to be announced.