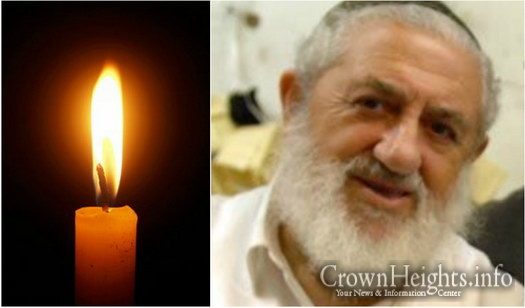 With great sadness we report the passing of Rabbi Berel (Berke) Raskin OBM, the Crown Heights icon who owned a world renowned fish store on Kingston Ave. He passed away Shabbos, the 20th of Iyar 5779.

Berel, one of four brothers, was born in Leningrad to his parents, Reb Aaron Leib Laine and Doba Raiza Raskin OBM, who had much mesiras nefesh for Yiddishkeit in Communist Russia.

His father passed away at the young age of 36, leaving the family to be sustained by his mother. She traveled with her family initially to Poland, then Austria, and finally Paris.

From there, Mrs. Raskin wrote to the Frierdiker Rebbe, asking whether they should seek entry to Israel or to America. The Rebbe advised them to travel to America, and in 1953 they arrived in New York.

When Berel looked to start a business, he soon decided on opening a fish store, with the Rebbe’s encouragement. He rented the store on Kingston Avenue, where the business is run from until today.