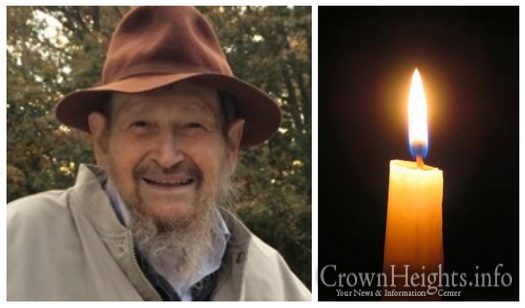 With great sadness we report the passing of Chaim Eliezer (Howard L) Cohen Hakohen OBM, a long time resident of Crown Heights who was zoiche to be by the Rebbe many times. He passed away Sunday, the 23rd of Nissan, 5779.

He was born on April 22nd, 2 Iyar, in 1928, to Freida Chaya and Yitzchok Issac (Francis & Izadore) in Maimonides Hospital (then known as Israel Zion), and grew up in Bensonhurst, Brooklyn, he was the older of two sons.

He has lived in Crown Heights, right behind his beloved 770, since 1972 moving there from East Flatbush. There he welcomed many guests into his home, which became an open house for many people who ate, stayed or just visited there.

Back then, Crown Heights’ Lubavitch community was a much smaller, more intimate place and Chaim Lazer attended the Rashag’s Shalous Sheudos upstairs in 770 every Shabbat where he was honored with the brichat hamozoan with a cup of wine which ultimately led him to lead the Havdalah with the same cup of wine for the rebbe at the end of the rebbe’s maariv minyan.

He is survived by his wife, Hinda and his children Chaya Mushka, Moshe Shepsi, Hinda Chana, Yaakov Dovid, Yitzchak Izak,Dov, and many grandchildren and great-grandhchildren.

The levaya will take place Monday, 9:30am at Shomrei Hadas, and will be passing by 770 at 10:45am, on the way to Montefiore Cemetery