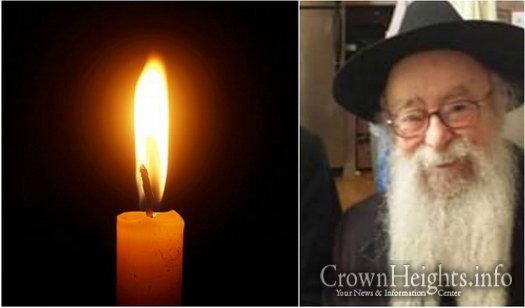 With great sadness we inform of the passing of Rabbi Aharon Serebryanski, an elder Chossid and senior Shliach in Melbourne, Australia, who passed away on Sunday (Melbourne time), 9 Nissan, 5779.

Born in Charkov, Ukraine to his parents R’ Zalman and Brocha Serebryanski (nee Futerfas), he and his wife Zlata were senior Shluchim in Melbourne, Australia.

He served as the Director of “Merkos L’Inyonei Chinuch”, Chabad’s educational arm in Australia.

R’ Arel, as he was known, was a longtime beloved educator in Melbourne, Australia.

He created a fund for the building of Mikvahs, which funded many women’s Mikvahs all over Australia.

The levaya will take place today in Melbourne.