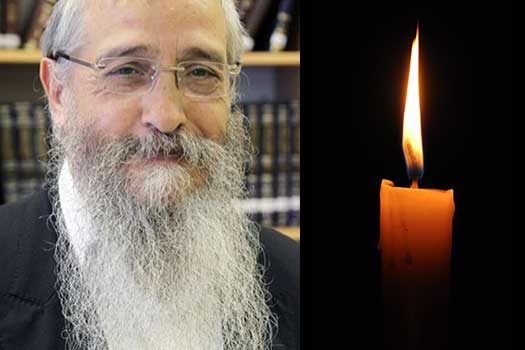 With sadness we inform you of the tragic passing of Rabbi Mendel Deutsch OBM, a Lubavitcher Rabbi and activist from Jerusalem, Israel, who was savagely beaten while in the Ukrainian city of Zhitomir earlier this year. He never recovered from those injuries and over Shabbos came the tragic news of his passing. He was 64 years old.

The attack occurred on October 7th 2016 – the 5th of Tishrei 5777 near a train station in the Ukrainian city of Zhithomir. The group attacked the then 63-year-old rabbi and beat him mercilessly, then took a large amount of cash along with his cellphone and left him for dead.

He was later transported to Israel by Air Ambulance and was hospitalized in the Shiba – Tel Hashomer hospital and remained in a coma since.

A few weeks later Ukrainian authorities announced the arrest of four individuals who participated in the beating and robbery. Among those arrested were two men aged 40 and 21, and the two women aged 16 and 13. They reportedly live in the Carpathian Mountains region while the fourth lives in the city of Vinnitsa, Ukraine

His family remained steadfast in their belief that he would awaken from his coma and over Shabbos came the tragic news of his untimely passing.