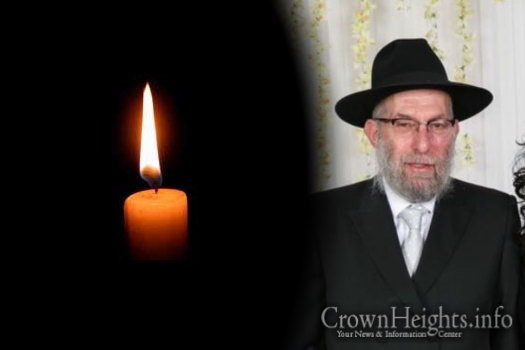 With great sadness we inform you of the sudden and untimely passing of Rabbi Dovid Steigman, OBM, a beloved member of the Crown Heights community who dedicated his life to the cause of Kashrus. He was 67 years old.

Reb Dovid was the senior rabbinical coordinator for the OK Kashrus organization, where he worked for over 30 years. He was an expert on the laws of Kashrus in general, and the laws of Shchita in particular, and traveled extensively to supervise and promote the production of kosher food all over the world.

This morning, while in Italy to supervise a cheese production facility, he was found in his hotel room after not showing up to the factory as scheduled. The cause of death is unknown at this time.

“He had Mesiras Nefesh for Kashrus,” said his co-worker of many decades, Rabbi Chaim Fogelman.

“He was extremely loved by all who had the pleasure of working alongside him. He had this aura of calmness about him; he was the go-to man whenever there was a problem, and he always found a way to diffuse the situation,” Rabbi Fogelman said.

He is survived by his wife, Shulamis, as well as his children and grandchildren.

Levaya and Shiva information will be posted when it becomes available.