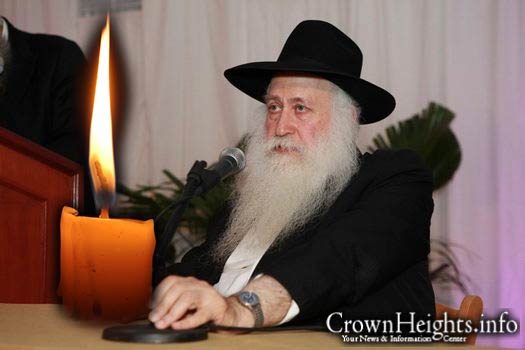 With sadness we inform you of the passing of Rabbi Elimelech Zwiebel OBM, the much beloved Mashpia in the Chabad Yeshiva in Morristown, New Jersey and one of the leading Chabad scholars. He was 75 years old.

Hailing from a family of Bobover Chassidim in Tel Aviv, Israel, Reb Meilach – as he was affectionately known – as a Bochur went to study in a Chabad Yeshiva in Lod, Israel under the tutelage of Reb Shlomo Chaim Kesselman.

He was among Chabad’s most influential thinkers. He joined the staff of the Rabbinical College of America in Morristown, New Jersey some 50 years ago when the Yeshiva was still based in Newark.

In earlier years, Rabbi Zwiebel was one the Rebbe’s Chozrim, which is a group of individuals who initially looked over the discourses of the Rebbe before they went for official editing to the Rebbe himself.

He is one of the major contributors to this generation’s leading works on Chassidic philosophy.

he was a member of the Vaad Rabbonim Lubavitch and served on the editorial board for the production of the Chassidus Mevueres (Chassidus Explained) series.