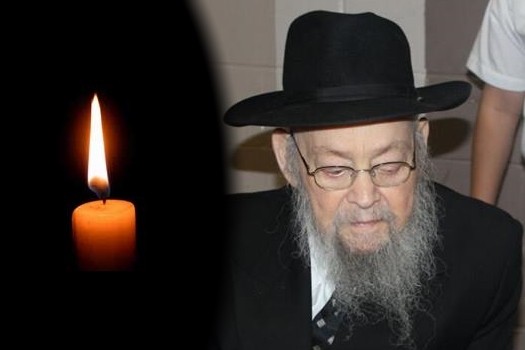 With sadness we inform you of the passing of veteran and devout Chosid, Reb Refoel “Folleh” Wilschansky, OBM, of Crown Heights. He was 91 years old.

Born in 1924 to Reb Betzalel Wilschansky during the early years of Stalin’s reign of terror, young Folleh would eventually enroll in various underground branches of Tomchei Temimim throughout the USSR. In 1938, he was arrested by the communist regime along with all the students and faculty of the Yeshiva, at the time located in Berdichev.

After WWII, in 1946, Reb Folleh took advantage of the ‘Polish refugee’ doctrine to flee the Soviet Union, settling in Paris.

In 1972, he immigrated to New York to be closer to the Lubavitcher Rebbe. He became an active member of the Crown Heights community, and was an inspiration to all around him.

The Levaya will take place tomorrow, Thursday, at a time to be announced.