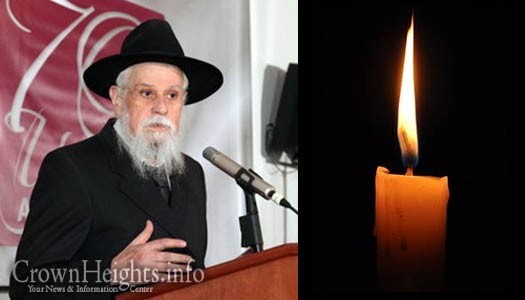 With great sadness and deep pain we inform you of the sudden passing of Rabbi Yerachmiel Binyomin HaLevi Klein OBM one of the Rebbe’s Mazkirim. He was 79 years old.

Born in Jerusalem, Rabbi Binyomin Klein was a thorough Jerusalemite when he arrived at the Central Lubavitcher Yeshivah in Brooklyn, New York in 1956. During his time-off from studying, he assisted the chief aide to the Rebbe, Rabbi Chaim Mordechai Aizik Hodakov, with various duties.

After his marriage to Laya Schusterman, the couple moved to Australia to head a small Chabad community. In 1964, the Klein’s returned to the United States. Rabbi Hodakov invited Rabbi Klein to commence work as the Rebbe’s aide, and he soon agreed.