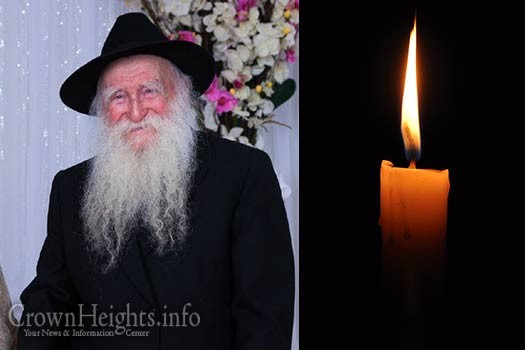 With great sadness we inform you of the passing of Reb Chaim Serebryanski, a Chossid of the Frierdiker Rebbe and The Rebbe who fought to liberate Jews from soviet Russia, and for Jewish causes as a Shliach of the Rebbe in Australia. He was 85 years old.

Reb Chaim was born in 1929 in Charkov, Ukraine to Reb Zalman and Brocha Serebryanski. Growing up he learned in the underground Chadorim and later assisted many Jews in escaping Russia.

In 1959 he married his wife Esther (nee Magnus), on a Friday afternoon – as per the Rebbes specific instruction to them – in courtyard of his cousin Mendel Shemtov’s home in Crown Heights.

After his wedding Reb Chaim and his wife were sent on Shlichus to Australia by The Rebbe, who told him his Shlichus is to do whatever he sees is not being done, there he established a branch of F.R.E.E. and helped reach out to the many refugees who wound up in Australia.

Some 20 years ago he moved to Crown Heights with his wife.