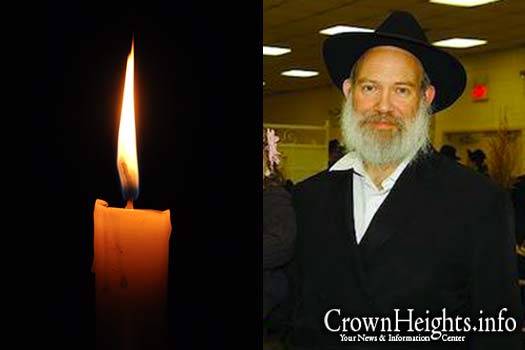 With great shock, sadness and pain we inform you of the passing of Reb Yosef Raksin, HYD, of Crown Heights, who was shot and killed while walking to Shul Shabbos morning in North Miami Beach, Florida, where he was visiting his daughter. He was 60 years old.

According to news reports, Yosef Raksin was walking along 175th Street in North Miami Beach, Florida on his way to Shul at around 9:00am Shabbos morning, when two black men approached and shot him. He was airlifted to Jackson Memorial Hospital where he later passed away.

The incident follows several anti-Semitic incidents that occurred recently in the neighborhood, leading investigators to speculate that the murder was a hate crime.

Levaya will take place Monday morning at Shomrei Hadas at 9:45am and will pass 770 at around 10:45am.