« In Photos: Sukkos and Mivtzoim in Paris
Picture of the Day » 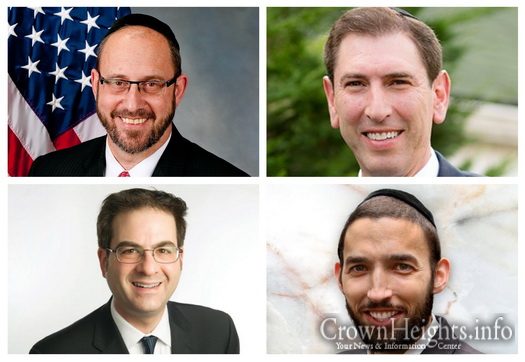 We are appalled by Governor Cuomo’s words and actions today. He has chosen to pursue a scientifically and constitutionally questionable shutdown of our communities. His administration’s utter lack of coordination and communication with local officials has been an ongoing issue since the start of the pandemic, and particularly recently as we face this uptick. Though we are the representatives of “hotspot” neighborhoods, we have been disincluded from conversations with the governor and his leadership team as they made devastating decisions affecting the people we serve.

What occurred today can only be described as a duplicitous bait-and-switch. The governor informed Jewish community leaders in a conference call that synagogues in “red zones” would be permitted to operate at 50%, and he requested community cooperation (which he was assured would happen). Outrageously, just hours later, Governor Cuomo announced a draconian return to restrictions that would shutter thousands of New York businesses and limit houses of worship to a maximum capacity of 10 (no matter the maximum capacity of the building).

Even worse, his rhetoric in recent days has been irresponsible and pejorative, particularly to a community of Holocaust survivors and their descendants, for whom his language was reminiscent of past verbal attacks on Jewish communities. Governor Cuomo’s choice to single out a particular religious group, complete with a slideshow of photos to highlight his point, was outrageous. His language was dangerous and divisive, and left the implication that Orthodox Jews alone are responsible for rising COVID cases in New York State. This implication is not born out by the state’s own data.

We will continue to encourage total compliance with mask-wearing and social distance guidelines in our communities. In recent weeks, we have seen a vast increase in compliance throughout our communities. We have personally organized massive mask distributions in areas that have seen an uptick in positive cases – distributing hundreds of thousands of masks to our constituents. Sadly, instead of working alongside our community to build on our work, the governor has instead chosen to respond with threats and aggressive enforcement — a tactic which has historically failed in all communities throughout New York.

That said, it is disgraceful that Governor Cuomo would impose these restrictions targeting our community in the midst of our Jewish holidays. Because of his unilateral and irresponsible acts, our community is rightfully shocked, angered and highly frustrated. Americans are constitutionally permitted to worship freely, and Governor Cuomo may be assured that we intend to exercise that right without his interference. G-d Bless America.

« In Photos: Sukkos and Mivtzoim in Paris
Picture of the Day »