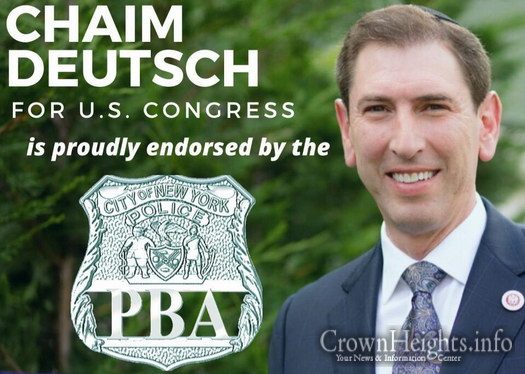 The Police Benevolent Association of the City of New York, Inc., which represents 24,000 sworn NYPD members who hold the rank of Police Officer, today announced their endorsement of Councilman Chaim Deutsch for United States Congress in New York’s Ninth District.

PBA President Patrick J. Lynch said: “While other elected officials need to be prodded to support police officers, Chaim Deutsch regularly reaches out to ask what he can do to help us in our mission to protect all New Yorkers. During his time in the City Council, he has been a vocal supporter of fair market police pay and benefits, as well as a strong advocate for the tools and support we need to do our job. We need that type of advocacy in Washington, which is why we are proud to endorse Chaim Deutsch for Brooklyn’s 9th Congressional District.”

Councilman Chaim Deutsch said, “I am honored to receive the endorsement of the PBA. I have been involved with public safety here in New York City since the 1980s, and I have proudly watched as the men and women of the NYPD have devoted themselves to reducing crime and making our neighborhoods a safer place to live, work, and raise a family. I will continue to support the NYPD as they work to keep our streets safe and help our communities thrive.” 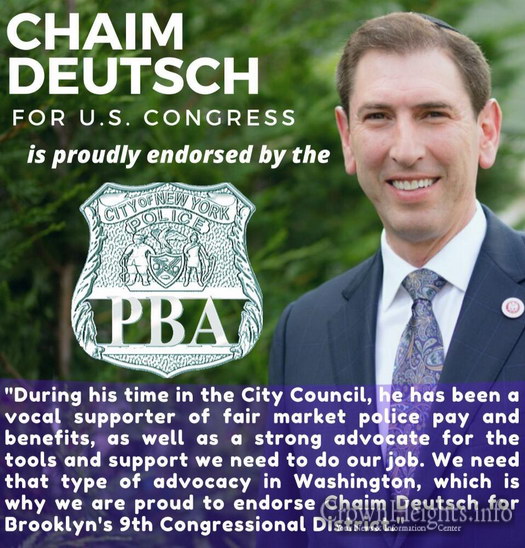