« Operation Survival: Should the Schools be Talking to Our Children About Drugs?
Leibel Mochkin, 95, Daring Chassidic Activist in the USSR and Beyond » 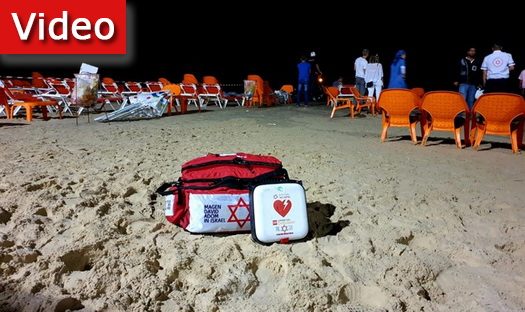 A Chareidi father was reported missing Monday night, after he and a friend went swimming at a Tel Aviv beach. The incident occurred after two young men went swimming together near the Dolphinarium. One of them came out of the water and reported that his friend had disappeared.

Police Water Rescue squad and the ZAKA divers unit responded to the beach. Magen David Adom paramedics are on the scene as well.

Update 3:00am: The missing swimmer, a father of three, had been swimming with two brother in laws, when he was swept away by a strong wave. Police and ZAKA divers, initially unable to enter the water due to dangerous conditions, are now in the water searching. A large amount of volunteers are also searching the shoreline.

Update 7:00am: The body of the missing swimmer was found.

Update 7:10pm: The niftar has been identified as Yehoshua Ben Paz, a husband, and father of two children.

Updates will be posted as information becomes available.

« Operation Survival: Should the Schools be Talking to Our Children About Drugs?
Leibel Mochkin, 95, Daring Chassidic Activist in the USSR and Beyond »