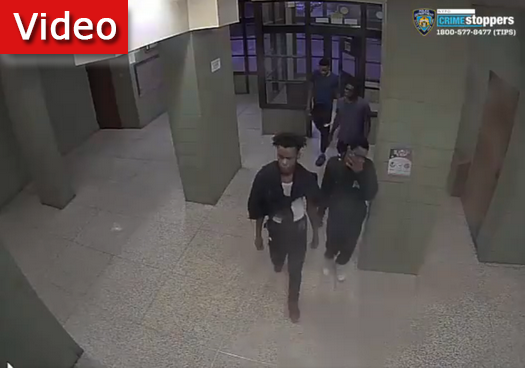 Two Arrests Made in Williamsburg Assaults (Updated 9:55AM)

Two Brooklyn Residents have been taken into custody in connection with the assaults on six elderly Jews early this week. The assaults had had sent two of the victims to Bellevue hospital with broken bones.

Two Brooklyn residents have been arrested and charged for the assault on six elderly Jewish Williamsburg residents on Monday morning.

The assault took place in the early hours of Monday morning, as the Orthodox Jewish men were on their way to shul. Surveillance footage shows a group of four people, as they target each of the six men individually.

Hatzalah and the police were called, and two of the victims were transported to Bellevue hospital for broken bones.

The assaults prompted a large response, prompting governor Cuomo to instruct the NYS Police Hate Crimes Task Force to provide any help required by the NYPD to apprehend the perpetrators.

The investigation remains active and ongoing, with additional arrests expected.

Update 9:55am: Two additional suspects have been arrested, bring the total number of arrests to four. These four suspects are alleged to beaten and robbed six elderly Chassidic men in Williamsburg Monday morning.

Individuals below are WANTED for a series of attempted robberies in the confines of the @NYPD90Pct On August 12, 2019 Between the hours of 5:00AM and 5:40AM. The subject’s assaulted victims and attempted to remove property. If you know who they are? Contact @NYPDTips 800-577-TIPS pic.twitter.com/99xYZ4cUqu