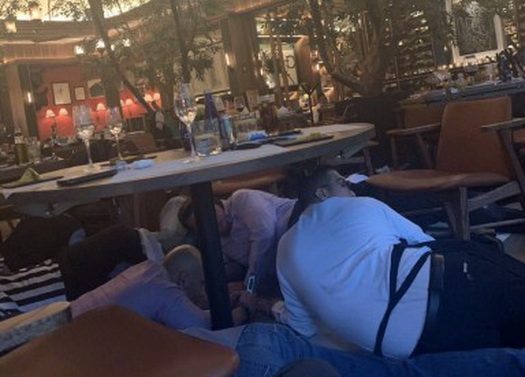 Four people were shot in a restaurant in Mexico City on Wednesday, two of whom were Israeli citizens.

Two other people were injured and rushed to the hospital.

The murderer, a 33-year-old woman, was arrested by Mexican police.

The Israeli Foreign Ministry stated it was aware of the incident, and that the local ambassador was handling the incident.

According to local reports, the shooter sat at the same restaurant near the victims, and at some point stood up and shot them at point-blank and fled the scene. One of the Israeli victims was killed immediately, and the other died of his wounds in the hospital.

While fleeing, the getaway car was stopped by the security guards, and a shootout took place. Several policemen were injured, but the suspect was eventually caught.