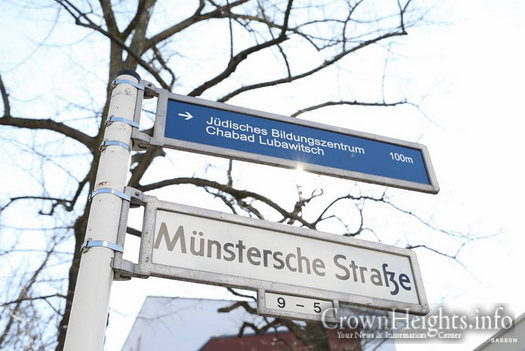 A 23-year-old American said he was hit in the face in Berlin after telling a group harassing him that he was Jewish, JTA reported on Wednesday.

The man, described as a tourist, suffered a black eye in the incident, which he reported via a police website, according to news reports.

Police are investigating the attack, which took place on Tuesday night, as an anti-Semitic crime, according to JTA.

The incident occurred in a park in the Steglitz district of the German capital at about 9 p.m. when three people in a group of 10 began to harass him. One reportedly asked the tourist about his religion, then hit him in the face after he answered that he was Jewish.

The attack comes just days after an attack on a 20-year-old man who was wearing a kippah in the Prenzlauer Berg district of Berlin. He was harassed and the perpetrator tried unsuccessfully to spit on him.

Several anti-Semitic incidents have taken place in Germany over the past year, including last month when an Israeli musician was attacked by a mob of Arabs at an anti-Israel event in Berlin.

Last year, masked assailants hurled rocks and bottles at a Jewish-owned restaurant in the eastern German town of Chemnitz.

In May, German security officials said that the number of anti-Semitic incidents rose in Germany last year by 19.6% to 1,799.