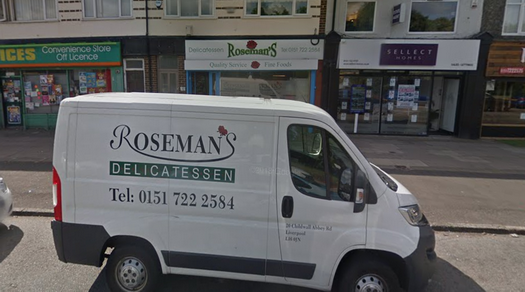 The owner of the deli that was the main outlet for kosher food in Liverpool, England, which was reportedly caught selling non-kosher meat and poultry, was found dead.

Robert Kaye, the owner of Roseman’s Delicatessen, was found dead in Manchester on Wednesday, the local Liverpool Echo reported.

His death comes days after the Liverpool Kashrut Commission said in a letter to residents that “serious breaches of kashrut have taken place at Roseman’s Delicatessen.”

The commission in a letter expressed condolences to Kaye’s wife and two children.

“May we be 100% clear to all our customers that all food provided and produced within our premises has always adhered to and will continue to be within the guidelines of Manchester Beth Din,” Kaye said in a Facebook post on the Gough’s page.

A letter from Rabbi Natan Fagleman of the Liverpool Kashrut Commission issued earlier this week called on the Roseman’s Delicatessen patrons not to use “all utensils that have ever been used to cook meat/poultry bought at Roseman’s” and to throw out all food bearing the Liverpool Kashrut Commission symbol. The store also sold prepackaged meat from other suppliers and will continue to do so.

The rabbi said that synagogue and communal kitchens were being restored to kosher status and that he would soon advise on koshering homes, including ovens.

Roseman’s reportedly denied rumors earlier this year that it was closing down.