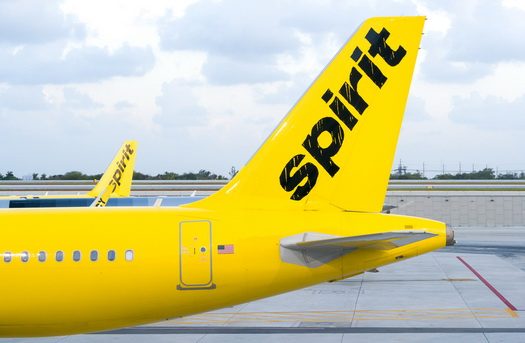 It started with a misunderstanding about a car seat, according to the civil rights and defamation suit filed in the Southern District of Florida, and ended with rescinded return tickets and a lifetime ban for New York couple Yisroel Sternberg and Chana Beck.

“These so-called ‘retarded Jews’ simply wanted a peaceful flight to Fort Lauderdale and to enjoy the start of their family vacation,” the complaint begins.

The plaintiffs traveled with their 6-week-old, 2-year-old and 3-year old daughters, and wore traditional Orthodox clothing for their Jan. 8 flight from Newark Liberty International Airport.

The plaintiffs claim they faced continued “harassment” from the flight crew, who refused to allow them to bring a car seat on board for their baby, even though they had purchased an extra seat for that purpose.

The plaintiffs agreed to stow the seat below deck, and Beck held the baby on her lap for the flight, the Daily Business Review reported. But they claim relations worsened when a flight attendant berated Sternberg for switching seats to help supervise the children, as it meant there weren’t enough oxygen masks for everyone in the row. After Sternberg moved back, the attendant allegedly refused to tell the couple his full name, told Sternberg to “ shut up” and threatened to call the police.

When the plane landed, two Broward sheriff deputies escorted the family off the plane.

Rodal — an ultra-Orthodox Hasidic Jew — said the incident was hurtful and embarrassing for his clients, who deny being disruptive.

“If it was just a bad experience then we wouldn’t be having this conversation, but the fact they called the police is just outrageous,” Rodal said. “With anti-Semitism on the rise, it’s extra critical to bring this to people’s attention that it’s not OK.”

As the plaintiffs waited at the gate in Fort Lauderdale, they claim a passenger they’d never met stopped to tell them the flight crew had called them “the retarded Jews.”