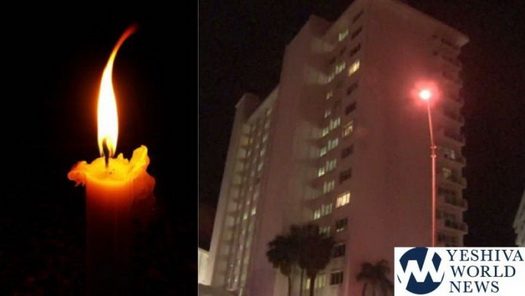 The Miami Beach Jewish community was shocked to hear of a horrific tragedy which occurred on Tuesday night / Wednesday morning, when a teenage boy was tragically killed.

16-year-old Shmuel (Sam) Farkas Z”L, was R”L killed after falling off a 9th floor balcony in what police have confirmed was a tragic accident.

Miami Beach Police Department responded to the La Costa condominium complex at 5333 Collins Ave just before 8:00PM, after receiving reports of a person falling off a balcony at that location.

Miami Beach Police and Fire Rescue units arrived at the scene and found a person laying on the floor in traumatic arrest. He was Niftar on the scene.

A police source confirmed to YWN that Shmuel had arrived home and found his 9th floor apartment door locked with no one home. He proceeded upstairs to the 10th floor neighbor, and asked to come inside. He explained what had happened and went to the balcony to attempt to lower himself down to his balcony below – knowing that he would be able to get into his apartment. Tragically, he fell while trying to lower himself down, and R”L plunged to his death.

Sadly, Shmuel celebrated his birthday the day of the tragedy.

Levaya details will be published when they become available to us.