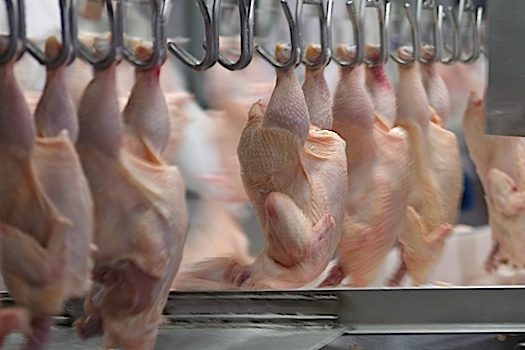 Poultry processor Empire Kosher (no affiliation with the Crown Heights supermarket that goes by the same name), is recalling approximately five tons of raw chicken breasts that may be contaminated with extraneous materials, including metal, the U.S. Department of Agriculture announced.

The department’s Food Safety and Inspection Service issued a statement about the recall Friday, adding that the suspected contamination at the Pennsylvania-based factory — one of the largest producers of kosher poultry in North America — may have introduced metals into the products feared affected.

There have been no confirmed reports of adverse reactions due to consumption of the at-risk products, though those with concerns about illness should contact a health care provider, the service’s statement said. Customers who have bought the products suspected as affected should dispose of them or return them.