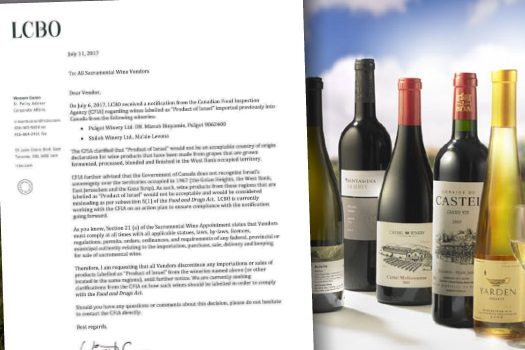 The Liquor Control Board of Ontario (LCBO), which controls wine and liquor distribution in Canada’s largest province, released a memo to all its affiliates that all wines labeled Product of Israel are not to be sold until further notice.

The letter says the ban is due to the country’s labeling laws, which do not allow wines produced in the areas conquered by Israel during the Six-Day War to be labeled Product of Israel.

The LCBO is an Ontario government enterprise and one of the world’s largest buyers and retailers of beverage alcohol. Through more than 650 retail stores, catalogues, special order services and more than 210 agency stores, the LCBO offers nearly 24,000 products annually to consumers and licensed establishments from more than 80 countries.

The memo is presented in full below: 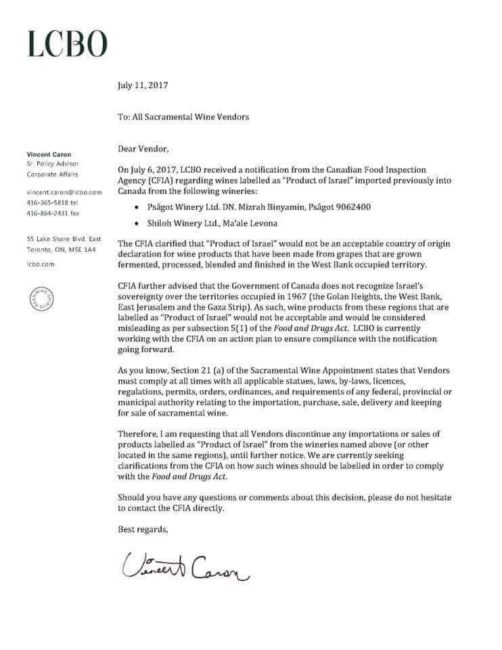