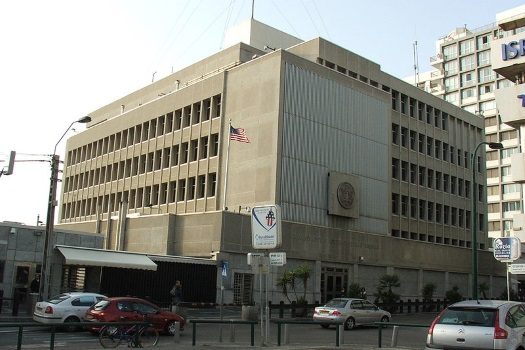 A number of pro-Israel groups in the US have expressed disappointment over President Donald Trump’s decision to sign a waiver on Thursday that delayed the potential move of the American Embassy in Tel Aviv to Jerusalem by at least another six months.

“We are certain that the Trump administration is very well aware that no Israeli prime minister will ever cede sovereignty over Jerusalem,” Rabbis Marvin Hier and Abraham Cooper — the dean and associate dean of the Simon Wiesenthal Center — stated. “The city is and will remain the undivided capital of Israel.”

“Next week’s 50th anniversary of the reunification of the city during the June 1967 Six-Day War marks a half-century of full access to holy sites of all faiths in the Old City, a fact that should be acknowledged and celebrated by religious leaders of all Abrahamic faiths.”

Christians United for Israel (CUFI) issued a statement with similar sentiments, saying, “The president knows that Jerusalem is the eternal and undivided capital of Israel and we strongly believe that the location of our embassy should reflect that reality.” CUFI noted it remained “hopeful” Trump would ultimately “fulfill his campaign pledge” and relocate the embassy to Jerusalem.

Senator Charles Schumer of New York — the Democratic minority leader — stated he believed Jerusalem was the “undivided capital of Israel” and asked, “Will those who criticized [former] President [Barack] Obama for not moving the embassy make their voices just as loud and just as strong when it comes to President Trump’s failure to move the embassy?”

Meanwhile, Jerusalem Mayor Nir Barkat said, “I regret President Trump’s decision to sign the waiver but am certain that he will keep his word and bring the US embassy to its rightful place — Jerusalem, the capital of Israel. I will continue to provide assistance to the US administration and do all I can to ensure that the relocation happens as soon as possible.”

Israeli Prime Minister Benjamin Netanyahu’s office also commented on Trump’s action, saying, “Israel’s consistent position is that the American embassy, like the embassies of all countries with whom we have diplomatic relations, should be in Jerusalem, our eternal capital.”

“Maintaining embassies outside the capital drives peace further away by helping keep alive the Palestinian fantasy that the Jewish people and the Jewish state have no connection to Jerusalem,” the statement continued. “Though Israel is disappointed that the embassy will not move at this time, we appreciate today’s expression of President Trump’s friendship to Israel and his commitment to moving the embassy in the future.”