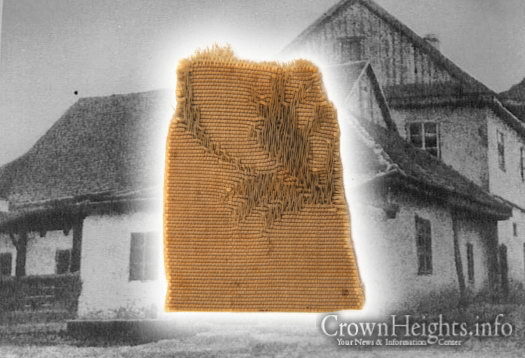 Two items of great historic and religious value were just revealed to the public: A piece of fabric that was part of a robe worn by Rabbi Yisrael Baal Shem Tov (Besht), founder of the Chassidic movement, and a pipe that once belonged to Rabbi Yaakov Yitzchak Rabinowitz, more famously known as the Yehudi Hakadosh (Holy Jew) of Peschischa, a founding father of Gur chassidut and others.

The items are currently on display in the Kedem Auction House in Jerusalem prior to being put up for public auction tomorrow (Tuesday).

The piece of fabric, which is part of a robe worn by the Baal Shem Tov, is fashioned of woven floral fabric. It was passed down to the descendants of the Rebbe Rabbi Chaim Tirer of Czernowitz for generations as a family heirloom. The Czernowitzer Rebbe was the author of the celebrated Chassidic work Beer Mayim Chaim and his daughter was married to the son of the Degel Machane Efraim, who was the Baal Shem Tov’s grandson. The item passed down for generations and last belonged to Mrs. Bracha Maor (daughter of Shifra nee Tirer, who was the daughter of Rabbi Yaakov Pinchas Tirer, a direct descendant of the Czernowitzer Rebbe Rabbi Chaim Tirer.)  According to family tradition, this piece of fabric was taken from a robe worn by the Baal Shem Tov from the time he was 26 and until his passing at the age of 60. Mrs. Bracha Maor endowed the heirloom to Rabbi Efraim Gutman of Tel Aviv whose home she frequently visited during the final years of her life.

Enclosed with the piece of fabric is a signed affirmation by the Romanian-born Tel Aviv Rabbi Efraim Gutman that he received the fabric from Mrs. Bracha Ma’or, along with a signed affirmation by the Hussaków-Tel Aviv Rebbe Rabbi Efraim Dov Teitelbaum, a son-in-law of Rabbi Moshe Lopovitch, the Bucharest Rebbe, whose mother-in-law is also a descendant of the Tirer family (a daughter of Rabbi Aharon Zelig Tirer) who heard the testimony directly from the aforementioned Mrs. Bracha Ma’or.

The pipe was first bequeathed by the Yehudi HaKadosh to his son Rabbi Nechemia of Bykhaw, after which it passed to his nephew Rabbi Avraham of Parysów who gave it as a dowry to his granddaughter Malka and her husband Rabbi Betzalel Halevi son of Rabbi Yedidya Ferens of Będzin. Rabbi Betzalel Halevi then bequeathed the pipe to his son Rabbi Asher Ferens of Haifa, who is the father of the current owners.

The tobacco pipe has special significance in Chassidic tradition, which describes the special “yichudim” that their spiritual leaders performed along with lofty spiritual rectifications and miraculous salvations that they instigated while smoking their pipes.

It is told that the Ba’al Shem Tov showed his disciple Rabbi David of Ostroh the “New Heavens” that he created with the “yichudim” he made while smoking his pipe, and Rabbi David instantly fainted from fear. Similarly, the Toldot Ya’akov Yosef stated prior to his passing that he “Entreated G-d that he should be rewarded for all the Torah that he learned and mitzvot that he fulfilled throughout his lifetime that which his master the Ba’al Shem Tov acquired while offering ‘yichudim’ during one bout of smoking his pipe” (Zohar, Chai Teruma, 62, 2).

According to Chassidic tradition, the Yehudi HaKadosh also performed many miraculous feats while smoking his pipe, as he personally shared when his pipe was once stolen. Tiferet HaYehudi (and Zechuta D’Avraham) cite that a short while after the pipe was stolen, it returned miraculously to him.

“Once, this pipe was stolen and he was very aggrieved upon the loss of his pipe, and he expressed, ‘When I smoked my pipe, I accomplished great things and was able to draw great holy abundance for the Jewish People.’” According to Chassidic lore, the Yehudi HaKadosh then declared that his pipe would be returned to him within a short while, and indeed it reappeared.  The pipe had been sold to the district governor, yet the man’s tongue filled with sores and lesions every time he tried smoking the pipe… (see ibid for the full version of the story).

The Rabbi of Warsaw Rabbi Dov Berish Meislish recounted that he heard from the Chiddushei HaRim of Gur that while smoking his pipe, the Yehudi HaKadosh would focus upon the same thoughts and kavanot that the High Priest had reflected upon while bringing the incense offering on Yom Kippur in the Holy of Holies. (This controversial statement was censored when the book was first printed as Nifla’ot HaYehudi, Pyetrykaw, 1909). 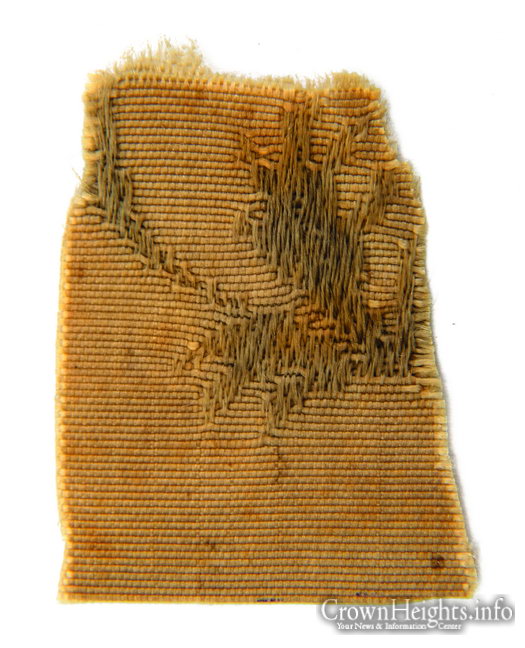 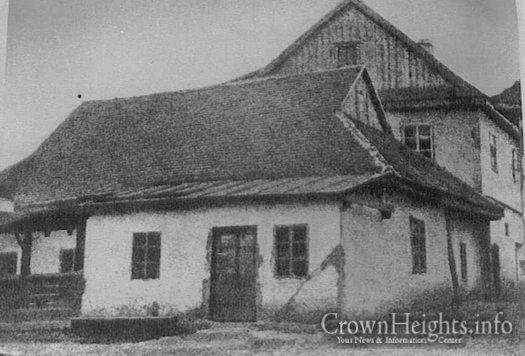 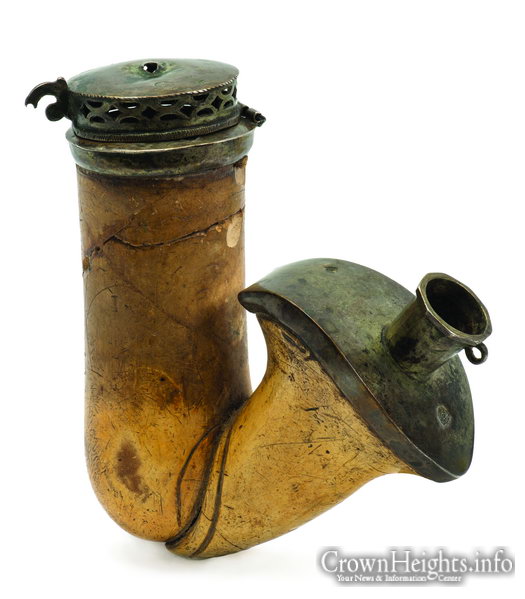