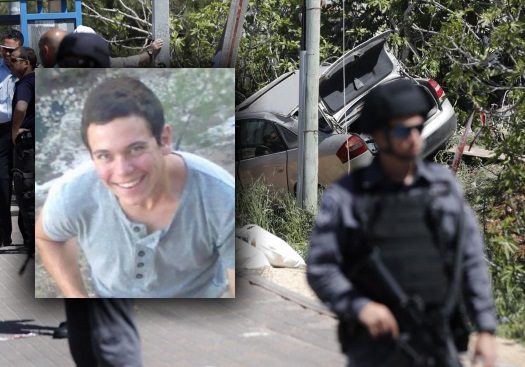 An IDF soldier was killed and another lightly wounded when a Palestinian terrorist drove into a crowded bus stop outside the town of Ofra, north of Jerusalem, this morning, Thursday.

Elhai Teharlev, HYD, a resident of Talmon, in the Binyamin region of Samaria, will be laid to rest this evening at the Mount Herzl military cemetery in Jerusalem.

The terrorist, identified by Palestinian media as 21-year-old Malek Ahmed Mousa Hamed, was neutralized and lightly wounded, and taken into custody by IDF forces at the scene.

The wounded soldier was evacuated to Hadassah University Medical Center at Mount Scopus.