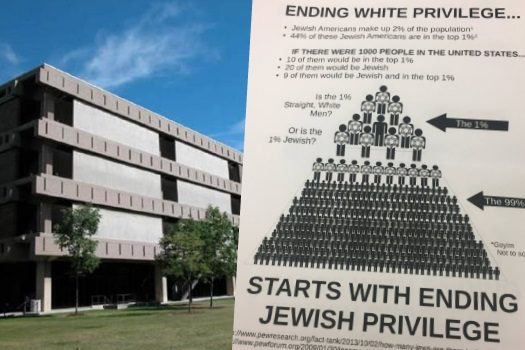 Dozens of anti-Semitic fliers were found in several buildings on the University of Illinois at Chicago campus earlier this week. The fliers accused Jews of controlling a disproportionate amount of the wealth in the United States, stating “Ending white privilege starts with ending Jewish privilege.”

The fliers were found in the Richard J. Daley Library and in the campus student centers, according to Eva Zeltser, a communications student and president of Rohr Chabad, a Jewish student organization at UIC.

“Although people are shaken, I feel that the students are grateful for the quick response from the university to investigate and get to the bottom of this,” Shemtov said.

Click here to continue reading at the Chicago Sun-Times. 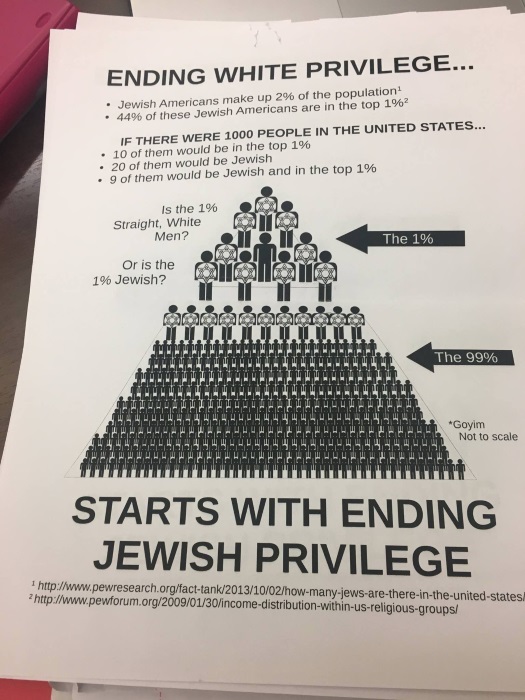