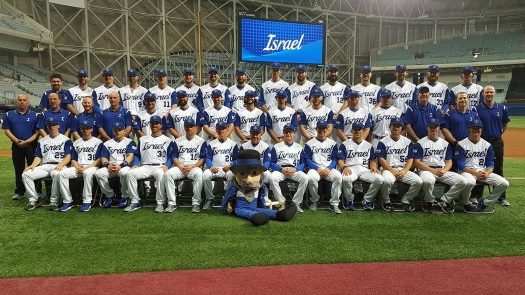 The game was tied for the first two thirds of the match, as neither team scored any points until the sixth inning, when Japan scored 5 home runs.

Israel was the lowest-ranked team to qualify for the tournament, coming in at 41st in the world. But last week in the first round, the Israelis squeaked past third-ranked South Korea, 2-1, in extra innings, outscored fourth-ranked Taiwan, 15-7, and defeated ninth-ranked the Netherlands, 4-2, to finish first in Pool A with a 3-0 record.

This is the first year that Israel has qualified for the tournament. In 2012, its inaugural WBC team narrowly missed advancing past the qualifiers.