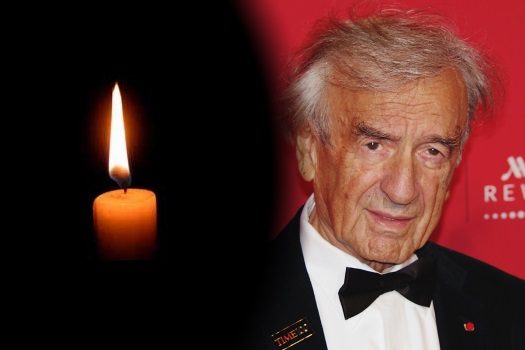 Holocaust survivor, Nobel Peace Prize laureate, prolific author and outspoken activist Elie Wiesel died Saturday at the age of 87. Wiesel was perhaps best known for his major role in promoting Holocaust education, and for perpetuating the memory of the Holocaust in the post-World War II era with his memoir “Night,” based on his experience as a teenager in the Auschwitz concentration camp.

Eliezer “Elie” Wiesel was born on September 30, 1928 in the Romanian town of Sighet, to Sarah and Shlomo Wiesel. His maternal grandfather, Dodye Feig, was a member of the Vishnitz Hasidic sect; his strong influence over Wiesel was seen later in some of his writings. Wiesel received a traditional religious education while growing up in Sighet; many years later, in 2002, he returned to his hometown to dedicate the Elie Weisel Memorial House at the site of his childhood home.

The Wiesel family’s lives were seriously disrupted in 1940, when Hungary annexed Sighet and all the Jews in town were forced to move into one of two ghettoes. In May 1944, the Nazis, with Hungary’s agreement, deported the Jewish community of Sighet to the Auschwitz-Birkenau concentration camp. The teenage Wiesel was sent with his father Shlomo to the Buna Werke labor camp, a sub-camp of Auschwitz III-Monowitz, where they were forced to work for eight months before being transferred to a series of other concentration camps near the war’s end.