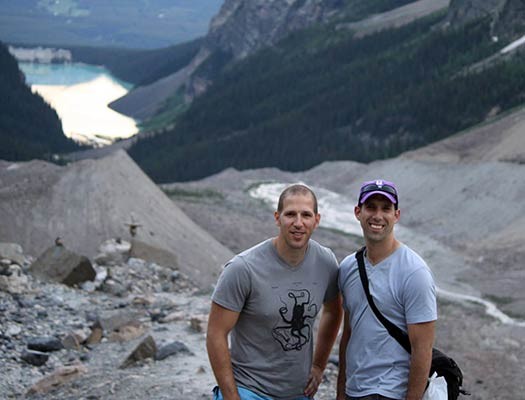 In the wake of the devastating earthquake that shook Kathmandu, Nepal, over 1,800 have been reported dead, tens of thousands injured and countless more missing due to breakdowns in communications or worse. Among those missing are two Lubavitchers from Crown Heights.

Daniel Cole and Mendy Losh are currently in Nepal, and were making their way towards the base of the Himalayan Mountains when the quake struck. Their families have not been able to get in touch with them since.

“I just got off the phone with someone who said that they heard from the [group’s] tour guide, who said that everyone is okay, but I have yet to hear my husband’s voice and am still worried,” Elkie Cole, Dani’s wife, told CrownHeights.info.

In a Facebook post, Mendy Losh’s brother wrote “we just got a message that they are fine.”

Until this ordeal is confirmed to be over, for these two and countless others, the public is asked to say Tehillim in the merit of the missing and the hurt.

Update 9:46am EST: Conflicting reports about the well being of the two missing people are still coming in. What is known for certain that all the information is 3rd hand. As of yet the two missing people have yet to make contact on their own. The public is still requested to keep them in their prayers, that they and all the other missing and hurt be found safe and make a complete and speedy recovery.

Updated 11:12am EST: CrownHeights.info spoke with R’ Yosef Losh, Mendy’s father, who said that there has been “no contact whatsoever” with his son or Dani. The information being spread is simply wrong. He asked the public to say Tehillim for the wellbing of his son and his friend.