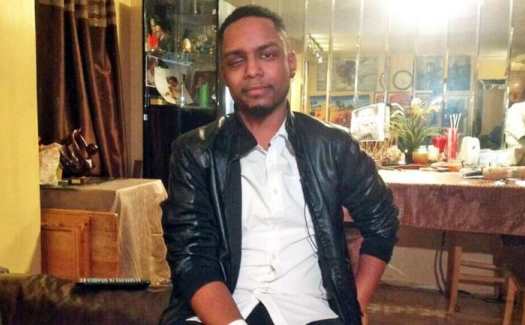 Taj Patterson not long after the attack.

The NYPD’s Hate Crimes Unit has arrested four members of the Williamsburg Hassidic community in connection with the beating of an African-American man last December. Additional arrests are expected.

Taj Patterson, 22, says he was headed home to Fort Greene around 4:30 a.m. on Dec. 1 when he says more than a dozen Orthodox Jewish men began assaulting him on Flushing Avenue in Williamsburg, Brooklyn.

Paterson said he remembers the ringleader. “There was a crowd around him, cheering him on and getting him rowdy, and he would grab me and push me against the wall.”

Evelyn Keys, an MTA bus driver, came to Paterson’s rescue as she was rounding the corner of Flushing Ave. and Spencer St. when she saw the horrific attack unfold before her eyes, according to the Daily News.

“I get out of the bus and all these men were standing up straight around him,” Keys Told the Daily News. “Taj is laying down on his back. I went up to him and he was in so much pain. He says, ‘I can’t see . . . I can’t breathe.’ ”

He was rushed to Woodhull Hospital with a broken eye socket, a torn retina, blood clotting, and cuts and bruises to his knee and ankles, according to the Police report. He was “highly intoxicated, uncooperative and incoherent,” after the assault.

Many elected officials, as well as local chasidic community organizations publicly came out and condemned the attack, and police vowed to make arrests.

No further information is currently available, and no charges have been announced.