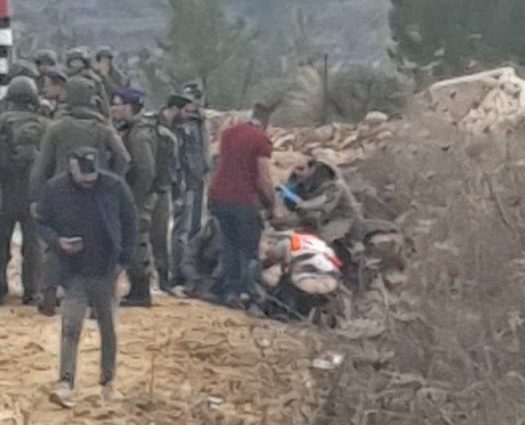 A terror attack was foiled south of Jerusalem Thursday afternoon, when an Arab terrorist attempted to stab Jews at the Gush Etzion Junction on Route 60 south of the capital.

Initial reports indicate that the terrorist was shot and neutralized during the attack, and there are currently no reports of injuries other than the terrorist.

Security forces have been dispatched to the scene, along with emergency first responder units.

The terrorist is said to be an Arab teen, roughly 15 years of age, who arrived at the junction in a taxi, then attempted to stab Jews waiting nearby, only to be shot before carrying out the attack.

The terrorist is in moderate condition.

Following the incident, the IDF released a statement confirming that the attack had been foiled.

“A short time ago, an attempted stabbing attack was foiled at the Gush Etzion Junction, in the Etzion Brigade’s sector. The terrorist was neutralized. There were no injuries.”

Later, an IDF spokesperson issued a second statement on the attack: “Following the previous report regarding the thwarted stabbing attack at the Gush Etzion Junction, southwest of Bethlehem: an initial inquiry suggests that an IDF soldier identified a terrorist running towards him with a knife. The IDF soldier shot the terrorist in the leg and neutralized him.”