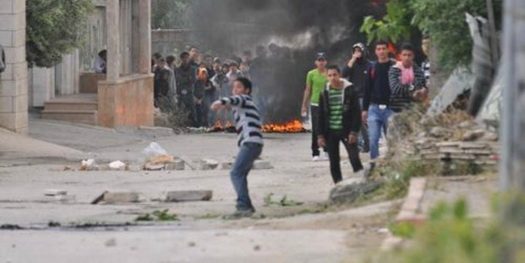 Palestinian Authority intelligence services have authored a secret report that warns of a major impending crisis in the Fatah-ruled West Bank, including a new wave of terrorism and a possible popular uprising.

The report, obtained by Israeli daily Yediot Aharonot, was written specifically for the leaders of the PA security forces and issued just before the murder of Israeli yeshiva student Dvir Sorek in the West Bank earlier this month.

A major worry in the West Bank, says the report, is the younger generation of Palestinians between the ages of 16-25, who were interviewed in large numbers for the study. Angry about future prospects, this age group is the most unstable living under the PA and its use of violence is likely to escalate.

The report says that shooting a bomb attacks “are expected to increase,” along with a rise in copycat attacks, producing waves of terrorist incidents.

The weapons needed for such attacks are easily obtained in the West Bank, due to the existence of a small-scale “weapons industry” and Hamas efforts to expand its activities to the area.

In addition, the report said there is the possibility of a mass popular uprising due to the deepening economic crisis in the West Bank, perhaps inspired by the ongoing riots on the Gaza border. Young Palestinians believe they have gained nothing from collaboration with Israel, whereas Hamas’ violent tactics in Gaza have garnered significant Israeli concessions.

Most ominously, the report points to growing extremism within the PA’s ruling Fatah party due to the ongoing lack of political progress and relations with the Trump administration, which is seen as intensely anti-Palestinian. This includes the exacerbating factor of American cuts in aid to the Palestinian Authority due to its payments to terrorists and their families.