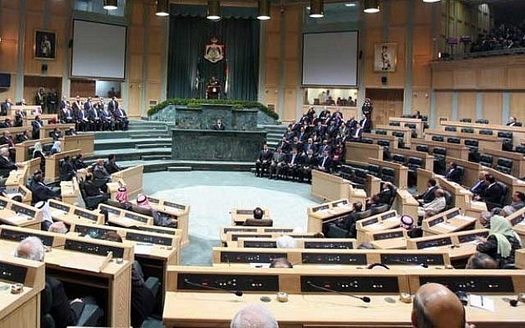 The Jordanian Parliament has recommended that the Jordanian government re-examine its peace treaty with Israel, Sky News reported Monday.

According to the report, Jordan’s Parliament recommended the country expel Israel’s ambassador, recall the Jordanian ambassador to Israel, and re-examine the peace agreement between the two countries.

On Sunday, Jordan’s Foreign Ministry summoned Israeli Ambassador to Jordan Amir Weisbrod for a dressing down, emphasizing to him that Jordan condemns the Israeli activity at Al-Aqsa Mosque and on the Temple Mount, and demanding the activity and “violations of international law” cease immediately.

In fact, the “violations” Jordan complained of were Israeli police defending themselves from terrorists who attacked them on the Temple Mount during Eid al-Adha, as well as Israeli police using riot dispersal methods to disperse hundreds of Muslim worshipers violently rioting on Tisha B’av.

Last Tuesday, Jordan’s Foreign Ministry criticized Public Security Minister Gilad Erdan (Likud) for saying Jews should be permitted to pray on the Temple Mount and that the current status quo is wrong.