« An Essay On Vulnerability and Trust
JEM: Customizable Booklet Makes For Educational Gift » 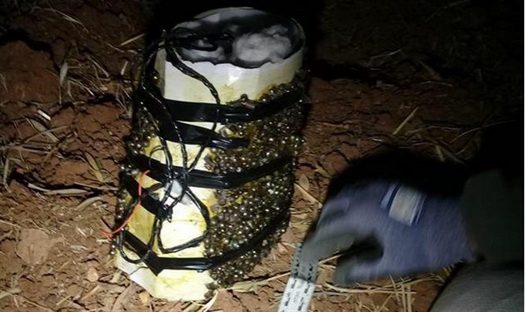 It was permitted to be published that the General Security Service, in collaboration with the IDF and the Israeli police, recently thwarted a bomb attack intended to be carried out in Jerusalem, after they uncovered a ready-to-operate explosive device in Hevron, as well as a sabotage lab where it was assembled.

The Shin Bet reports that in recent weeks a number of Hamas military squads have been exposed in the Judea and Samaria area, operating in the Hamas military arm in the Gaza Strip and planning to carry out attacks against Israeli and Palestinian Authority targets.

The unit in the Judea and Samaria area was instructed to set up squads to carry out kidnapping, shooting, and stabbing attacks, to purchase weapons, and to recruit additional operatives to carry out Islamic operations.

During an intensive GSS investigation, the Hamas squad operating in the Hevron area was exposed acting under the direction of the military wing of the Hamas Islamic organization in the Gaza Strip.

« An Essay On Vulnerability and Trust
JEM: Customizable Booklet Makes For Educational Gift »