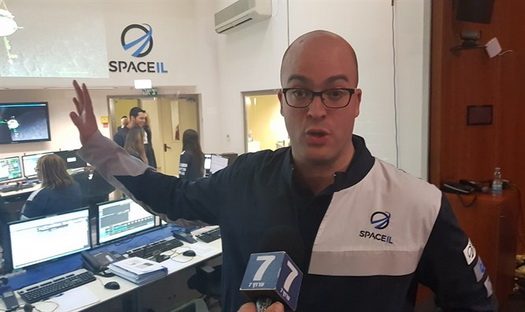 Israel’s Beresheet may not have landed on the moon in the way they planned on Thursday night but its successful lunar orbit and attempted landing on the moon still made history as the first privately funded spacecraft to achieve those milestones. XPRIZE is recognizing those historical achievements by granting a $1 million Moonshot Award to SpaceIL, the nonprofit organization behind Beresheet.

“SpaceIL’s mission not only touched the moon, it touched the lives and hearts of an entire world that was watching,” said Peter Diamandis, executive chairman and founder of XPRIZE. “The legacy SpaceIL will have on the future of the space industry is significant. This team’s ability to build a lunar lander for $100 million and less than 50 engineers is remarkable, a leap forward towards affordable and accessible space exploration. Congratulations to Morris Kahn, their primary benefactor, and the entire SpaceIL team for all their accomplishments — we are so proud.”

XPRIZE, founded in 1994, is a US-based nonprofit organization which designs public competitions to promote technological developments which benefit humanity. The Moonshot Award was inspired by SpaceIL and was specifically created to promote an XPRIZE team for a “moonshot” technological achievement outside an XPRIZE competition.

“As a testament to the team’s passion and persistence, we are presenting this $1 Million Moonshot Award to the SpaceIL team at our annual Visioneering Summit in October 2019, with the hope that they will use these funds as seed money towards their education outreach or Beresheet 2.0, a second attempt to fulfill the mission.” said Anousheh Ansari, chief executive officer of XPRIZE.

“We are so proud and humbled to have served as the catalyst for this mission, not just to further private space exploration, but to increase access to education, career opportunities, and role models in this field, something that is very much in line with the values of the XPRIZE Foundation.”

SpaceIL initially entered the $20 million Google Lunar XPrize competition, which ended last year without a winner when none of the teams were able to launch their missions before the March 2018 deadline.

However, SpaceIL decided to continue its quest anyway, partnering with Israel Aerospace Industries (IAI), Israel’s space agency, as well as Israel’s Ministry of Science and Technology.