« Just One Day Left to the KSCVK Auction
Weekly Story: Is That Real Progress? » 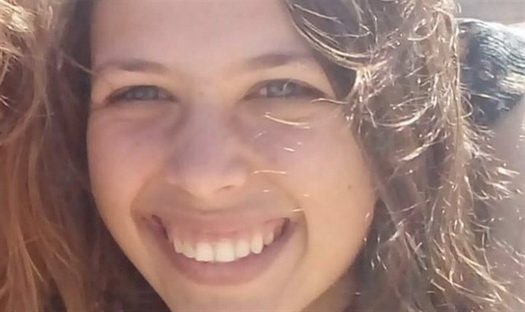 An Israeli teenager who was found brutally murdered in a forest in Jerusalem Thursday night was laid to rest Friday afternoon.

Hundreds gathered at the Tekoa cemetery in the eastern Gush Etzion area south of Jerusalem to pay their respects to Ori Ansbacher, whose remains were found in the Ein Yael area next to the Biblical Zoo in Jerusalem Thursday night.

The 19-year-old Tekoa native had been living in an apartment in central Jerusalem with friends, and was serving in a civilian national service program as an alternative to army duty. She was reported missing at 11:00 a.m. Thursday, only to be discovered eight hours later in a forest in south Jerusalem.

Palestinian Arab suspects had been detained for questioning, though they were quickly freed.

Police said Friday morning that they are investigating all possible directions in the case, including both criminal and terrorist motives.

Ansbacher is survived by her parents, Rabbi Gadi and Noa Ansbacher, and her siblings Tama, Tal, David, and Shuva.

The victim’s parents mourned the death of their daughter earlier Friday, calling her a “sensitive soul” with an enormous capacity for giving.

“She was a holy soul who sought meaning, a sensitive soul towards every person and creature, and with an endless desire to help make the world a better place.”

« Just One Day Left to the KSCVK Auction
Weekly Story: Is That Real Progress? »