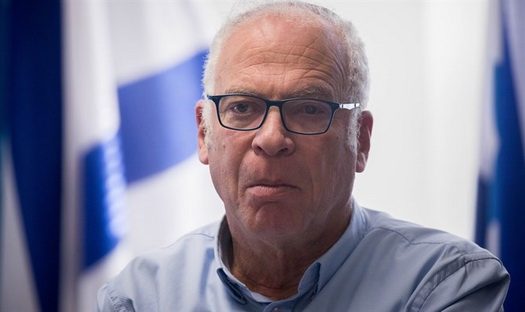 Agriculture Minister Uri Ariel (Jewish Home) spoke by phone with the father of one of the Jewish minors who was detained by the Shin Bet on suspicion of involvement in a security incident.

“I am calling because I heard that your son was arrested by the Shin Bet, and that disturbs me very much. I know the situation and it’s very problematic,” Minister Ariel said at the start of the conversation.

The boy’s father told the Agriculture Minister: “Our son has already been detained since Sunday. We have no idea where he is and how he is doing. We only know about the remand extensions and the prohibition of his meeting with an attorney and with us, and we are very concerned about what is happening and what might happen to him after everything that has been revealed in the media.”

Ariel responded: “We have previously heard about similar matters, and at the time they turned out to be very serious things that are being done to boys who have not reached the age of 18 and no one knows where they are and there is no lawyer. I do not accept this and believe that it has no place with us. We also heard about the Shin Bet interrogation that the judge rejected outright.”

Minister Ariel spoke on the subject with Chairman of the Foreign Affairs and Defense Committee MK Avi Dichter. “He himself was the head of the Shin Bet and he knows and knows who to talk to and how to talk, and I’m trying to get the prime minister [to intervene]. It’s a little hard to reach him because he’s in Brazil. He has authority over the Shin Bet and can intervene immediately. It is my hope that we will see the children returned to their homes soon.”

The boy’s father thanked Ariel for what he said: “If you can convey on our behalf that this is a normative child, this act has nothing to do with him. He cannot possibly have a connection and we are sure of his innocence. We only ask that they preserve his safety and not harm him, and that we will see him soon, of course.”

At the end of the conversation, Ariel said to the father: “Tell the other families about this conversation and I ask that in you need anything, big or small, call me immidiately and don’t waste any time in doing so.”