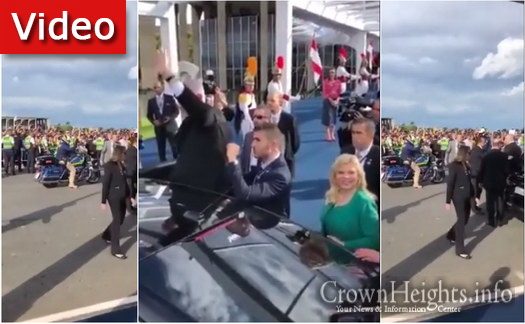 Israeli Prime Minister Benjamin Netanyahu was on an official visit to Brazil for the swearing in of the new Brazilian President. During the trip, as the Israeli Prime Minister stepped out of his vehicle, he was greeted with a massive crowd chanting “Israel, Israel.” As he attempted to walk over to shake hands in the crowd, he was stopped by his security detail, instead only standing on the car doorstep and waving at the crowd.