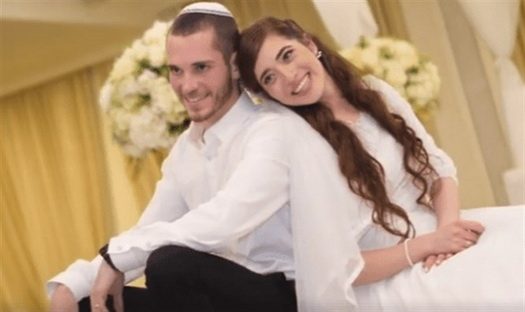 The baby who was delivered prematurely after his mother was critically wounded in a shooting attack at the Ofra Junction on Sunday has died, Shaare Tzedek Medical Center announced on Wednesday.

“We regretfully announce the death of Shira and Amichai’s child four days after the attack, despite the efforts of the medical doctors to save him,” the hospital said in a statement.

Shira Ish-Ran was shot in the lower abdomen. Doctors were forced to perform C-Section to deliver her child at 30 weeks. Both mother and child fought for their lives over the week. The child’s father, Amichai, was shot three times in the attack but was not in mortal danger from his wounds.

Shira’s condition had improved and she had been asking about her baby. A few hours ago, she was able to see her child for the first time.

Israeli ministers reacted with sorrow to the news of the child’s passing.

Education Minister Naftali Bennett stated: “A Jewish baby who has not yet been named has been murdered. Palestinian terrorists shot an unborn child; and he was born out of the fire. His short life was spent in the struggle for his life. Our hearts with Amichai and Shira. The heart cries out.”

“This is the low-life murder carried out by terrorists who have stopped being afraid of us. The lost deterrence must be restored. Otherwise a wave of murders is on the way. Not by declarations, by deeds,” he added.

Social Equality Minister Gila Gamliel wrote on her Twitter account: “The heart aches at the terrible news of the passing of the baby whose mother was seriously injured in the attack at the Ofra Junction. I send my condolences to the parents Amichai and Shira Ish-Ran and share their sorrow. My heart is with the family.”

“We will catch the despicable murderers and punish with them the full extent of the law.”

Former Defense Minister Moshe Ya’alon wrote: “Only bloodthirsty terrorists are capable of murdering a child in his mother’s womb. We embrace and comfort Shira and Amichai and wish them full recovery.
We trust the IDF and Shin Bet security service to quickly apprehend the murderers. They will not defeat us!”

Agriculture Minister Uri Ariel wrote: “Baruch Dayan Haemet (a blessing traditionally stated after hearing news of a death). The baby whose mother was seriously injured in the attack at the Ofra junction passed away. I visited them at the beginning of the week and prayed for his safety.”

“The attack was carried out by terrible torturers. The murderers must be apprehended, their homes demolished, and Ofra should be organized as soon as possible. Consolation will come with the building of the land.”

Science and Technology Minister Ophir Akunis stated: “”How cruel, base, and inhumane can a two-legged animal be to shoot a pregnant woman?”

“These are our Palestinian “neighbors,” who send out such vermin like the terrorist who sang songs at the entrance to Ofra. My condolences to Shira and Amichai Lev Ran for the terrible loss of their four-day-old baby. And when we know who this abominable culprit is, the entire family that raised such a murderer must be expelled from their home, without the Supreme Court and without B’Tselem.”

The Elon Moreh municipality, where Shira and Amichai lived, expressed its shock and sadness at the loss of one of its newest residents.

“The Elon Moreh municipality embraces the residents of the settlement of Shira and Amichai Ish-Ran during their difficult time. We are shocked and hurt and call upon the prime minister and the defense minister to strengthen deterrence against terrorism and at the same time to cut off our enemy’s hopes by strengthening our hold on Elon Moreh and settling in Judea and Samaria.”