« Before Amazon was Born, There was Chabad.org
Boruch Dayan Hoemes: Riva Chein, 90, OBM » 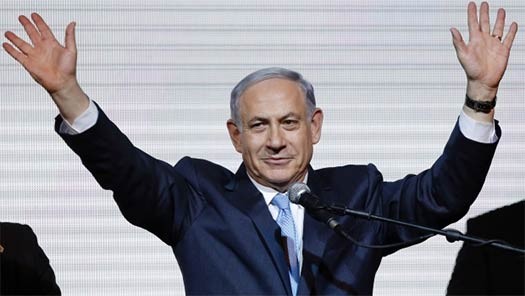 Jewish Home ministers Naftali Bennett and Ayelet Shaked will remain in the coalition government, the two said Monday, despite the Prime Minister’s refusal to appoint Bennett as Defense Minister.

The Jewish Home had demanded that Netanyahu appoint Bennett as Defense Minister, threatening to bolt the government if Netanyahu refused.

On Monday, Bennett said the government had lost its direction, claiming that Israel was in the midst of a “security crisis”.

“The State of Israel is in the midst of a security crisis,” said Bennett at the press conference. “But our cruel enemies are nothing new. The situation hasn’t changed since Netanyahu worked to take down his own government.”

Bennett suggested that the crisis was rooted in a lack of leadership, not any new external threats, and played down comments by Prime Minister Netanyahu that Israel is currently in a sensitive security situation, and cannot afford early elections.

“There is no apocalypse on the horizon. There are challenges, enemies,” said Bennett.

“Our soldiers are more afraid of prosecutors than of Yahya Sinwar, referring to the Hamas chief.

Echoing some of the criticisms levelled by former Defense Minister Avigdor Liberman during his resignation announcement last week, chiding the government over its failure to evacuate the illegal Bedouin town Khan al-Ahmar east of Jerusalem.

Khan al-Ahmar, Bennett said, remains standing “despite all the Supreme Court rulings, because of fear over what Europe will say.”

“There are at this moment 102 terrorist homes which the IDF has measured and prepped for that are standing.”

Despite their criticism, Bennett and Shaked said they would not be resigning from the government.

“What the Prime Minister has called ‘responsibility’ has been interpreted by our enemies as indecision, and there’s a thin line between them. Israel’s national security has been heading in a bad direction for the past decade, and that’s dangerous. When Israel wants to win, we will go back to winning, we aren’t fated [to lose]. We joined politics in order to offer an alternative, to replace indecision with decisiveness, weakness with strength,” said Bennett

“I’d like to announce that at this moment we drop our political demands, and we will help the Prime Minister win [against Hamas]. I know that I will lose political points, but it doesn’t matter. I’d rather lose to Netanyahu than have the State of Israel lose to [Hamas chief] Yahya Sinwar.”

“Our role in the government is too important to take our hands off the wheel,” said Shaked.

“It might cost us politically, but it is the responsible thing to do for the sake of the nation.”

« Before Amazon was Born, There was Chabad.org
Boruch Dayan Hoemes: Riva Chein, 90, OBM »