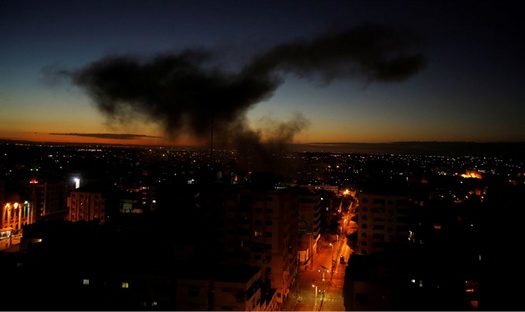 An IDF soldier from an elite unit was killed on Sunday night during an operation in the Gaza Strip.

Another soldier was injured and evacuated to the Soroka Hospital in Be’er Sheva. Their families have been notified.

The IDF Spokesperson’s Unit said in a statement, “During IDF special forces’ operational activity in Gaza, an exchange of fire broke out, during which an IDF officer was killed and an additional IDF officer was moderately injured.”

The incident occurred during an IDF operation three kilometers deep inside the Gaza Strip. The force entered Gaza in a civilian car, apparently in order to eliminate or kidnap Nur Barakeh, commander of the eastern battalion of Hamas’ Izz Al-Din Al-Qassam Brigades in Khan Yunis.

According to reports from Gaza, due to a complication in the operation, exchanges of fire broke out between the terrorists and the Israeli forces, during which the Israel Air Force attacked in Gaza and killed at least seven Hamas terrorists.

The special force of the IDF was able to leave Gaza and, contrary to rumors that circulated at the time, no soldier was kidnapped. Following the incident, Prime Minister Binyamin Netanyahu cut short his visit to Paris and is now making his way to Israel.

On Sunday evening, sirens were heard in the Gaza envelope. According to the IDF, at least 10 rockets fired from the Gaza Strip exploded in open areas or were intercepted by the Iron Dome system. There were no physical injuries.

Residents living in the area reported hearing loud explosions. Residents of the Eshkol Regional Council were called upon to remain close to protected areas. The Home Front Command announced that schools in the Gaza envelope will be closed on Monday due to the security situation.

Meanwhile, the Al-Qassam Brigades issued a special statement following the incident in Gaza.

“A special force of the Zionist enemy infiltrated using a civilian car in the area of ​​the Shahid Ismail Abu Shanab mosque, 3 km east of Khan Younis. This force killed the commander of the Al-Qassam Brigades, Nur Barakeh,” said the statement.

“After they were exposed and our Mujahideen persecuted them and made contact with them, the enemy air force intervened and carried out attacks to cover the retreat of this force, and in the process some of our people were killed.”

“The incident continues and our forces continue to respond to this dangerous Zionist aggression,” said Hamas’ statement.