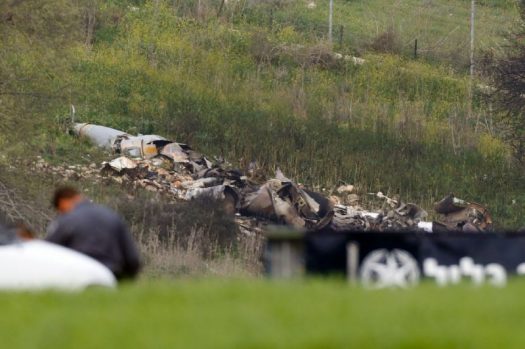 The jets were targeting Iranian targets in Syria after an Iranian drone entered Israel and was shot down. The two squadrons came under heavy Syrian fire and one F16 was hit by anti-aircraft. The military said in a statement.

The downed jet is the first Israeli jet brought down from enemy fire since 1982. The pilot ejected and is was originally listed in critical condition but has since improved slightly.

Israel has been warning of escalated Iranian activity in Syria saying its presence is having a destabilizing effect on the whole region. Aside from assisting Syria in its civil war, Iran will be in a position of transferring weapons to Hezbollah in Lebanon.

Israel has reportedly bombed a few sites in Syria and returned fire periodically but has mostly stayed out of the civil war across its border. This is the largest Israeli military action in Syria since its civil war broke out in 2012.