« Here’s My Story: The Fiery Conductor
When Do We Get a Haircut This Year? » 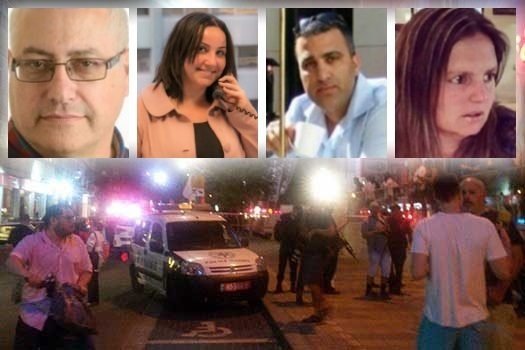 Israeli Police on Thursday released the names of the four people murdered in a gruesome terrorist shooting in central Tel Aviv on Wednesday night.

Ben Ari was sitting at the Benedict restaurant with his wife and two children at the city’s popular Sarona complex when the Palestinian terrorists opened fire, killing him and wounding his wife.

Ben Ari’s wife was evacuated with gunshot wounds to the nearby Ichilov Medical Center, where she underwent surgery. As of Thursday morning she was in moderate condition.

Ben Ari, an executive at Coca-Cola’s Israeli headquarters, lived in Ramat Gan and left behind two children, a wife, parents, and three siblings.

Ben Ari served in the elite Sayeret Matkal unit in the IDF and won a presidential award for his service in reserves.

« Here’s My Story: The Fiery Conductor
When Do We Get a Haircut This Year? »