« Anti-Semitism on the Rise in Israel?
Video: Lipa in Crown Heights » 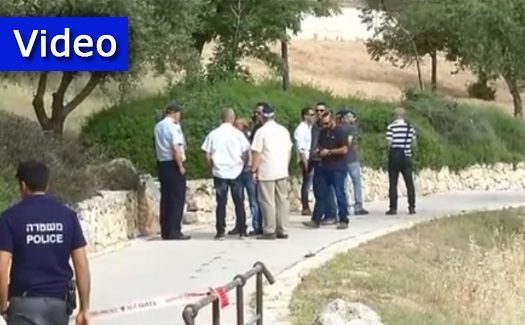 A peaceful morning stroll by a group of elderly Jewish women on a promenade overlooking sweeping vistas of Jerusalem quickly devolved into a bloody nightmare, when two young masked Palestinian terrorists stalked and stabbed two of the octogenarians in their backs.

At approximately 8:30 a.m., police said that five women, all in their 80s, were walking together on Armon HaNatziv’s famous Haas promenade overlooking the capital, before being abruptly attacked from behind by the suspects.

“The two terrorists stabbed them in the back multiple times, both in the upper body, and fled the scene toward the adjacent neighborhood of Jabel Mukaber,” said Police spokesman Micky Rosenfeld shortly after the stabbings.

« Anti-Semitism on the Rise in Israel?
Video: Lipa in Crown Heights »