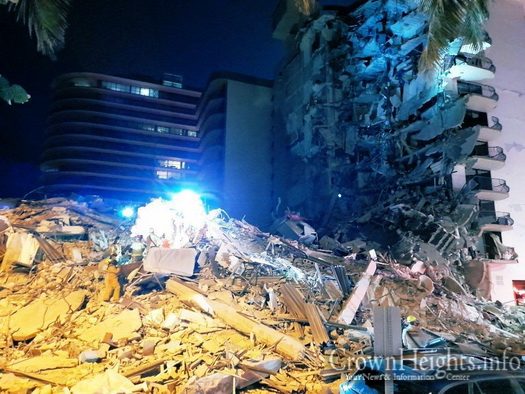 Four people have been arrested and accused of stealing the identities of victims in the South Florida condominium collapse that killed 98 people, officials said on Friday, according to The Associated Press.

Three of the names of those arrested were named in a news conference held on Wednesday afternoon by Miami-Dade State Attorney Katherine Fernandez Rundle.

The three suspects named at the time were Betsy Alejandra Cacho-Medina, 30, Kimberly Michelle Johnson, 34, and Rodney Choute, 38. They each face 15 to 30 years in prison. On Friday, the fourth suspect was identified as Nelson Ronaldo Garcia-Medina, 20.