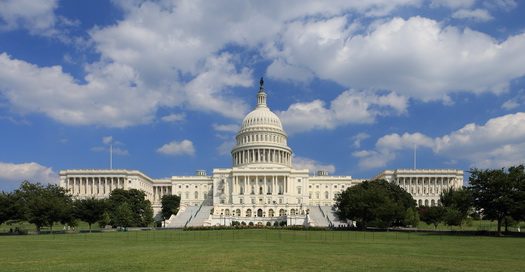 After five straight days of negotiation, Senate leaders and the Trump administration have reached an agreement on a $2 trillion stimulus package to rescue the economy from the devastation caused by the coronavirus epidemic.

Speaking with The Washington Post, White House National Economic Council Director Larry Kudlow called the package the “single largest Main Street assistance program in the history of the United States,” and Senate Majority Leader Mitch McConnell (R-Ky) noted that “in effect, this is a wartime level of investment into our nation.”

Congress failed to pass a different stimulus bill just three days ago that would have injected close to $1.8 trillion into the economy, and as the debate progressed on Tuesday, it wasn’t clear that the new bill would fare any better. Finally, close to midnight, negotiations intensified between key Trump administration officials, Senate Majority Leader McConnell, and Minority Leader Chuck Schumer (D-N.Y.). They announced the breakthrough on the Senate floor at around 1:30 a.m..

“At last we have a deal,” McConnell said. “After days of intense discussion, the Senate has reached a bipartisan agreement on a historic relief package for this pandemic … I’m thrilled that we’re finally going to deliver for the country.”

“Help is on the way, big help and quick help,” Schumer added. “We’re going to take up and pass this package to care for those who are now caring for us, and help carry millions of Americans through these dark economic times.”

There are already over 55,000 confirmed cases of coronavirus in the United States, and the economy is reeling from the impact, with schools and businesses shut down and mass layoffs across all sectors.

The legislation, unprecedented in its size and scope, aims to flood the economy with capital. Key among its provisions is a massive $500 billion loan and loan guarantee program that the Treasury Department will administer for companies, states, and cities. Democrat opposition to setting up this program without sufficient oversight was overcome when Republicans agreed to allow enhanced independent scrutiny over the huge sum.

The stimulus package also includes $367 billion for small businesses to keep them solvent and help them deal with payroll difficulties. Many Americans will receive checks for $1,200, and unemployment insurance will be boosted with eligibility expanded and workers offered an additional $600 a week for four months, on top of what state unemployment programs pay. Another $150 billion goes to state and local stimulus funds, and $130 billion for hospitals.

McConnell said the Senate would pass the legislation later on Wednesday. House Speaker Nancy Pelosi expressed her hopes that the bill would pass there quickly too, even though the House is currently out of session.

“The easiest way for us to do it is to put aside our concerns for another day and get this done,” Pelosi said Tuesday on CNBC. “My goal always has been to bring this bill to the floor under unanimous consent.” This could be achieved by recalling just two members to the House who would pass the legislation. However, any lawmaker of either party could object, and in an early warning sign Tuesday, Rep. Alexandria Ocasio-Cortez (D-N.Y.) voiced concerns regarding the legislation over Twitter, writing that despite “vague statements” no one had seen text of the legislation that “seems to give a *HALF TRILLION DOLLARS* away to big corporations, w/ few worker protections.”

If unanimous consent is not achieved, aides of both parties said the most likely scenario would be a day-long vote where members would be encouraged to space out their trips to the floor and not congregate as the vote is taken.

At least two House members and one senator have tested positive for coronavirus, while others are in quarantine, and multiple lawmakers have expressed anxiety about returning to the Capitol.

The stock market rose sharply Tuesday in anticipation of the deal, with the Dow Jones industrial average surging more than 2,100 points, or 11.4 percent.