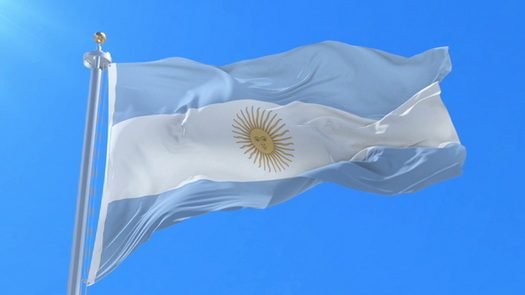 Argentina on Thursday officially designated Hezbollah, which it blames for two attacks on its soil, a terrorist organization and ordered the freezing of its assets in the country, Reuters reports.

The announcement coincided with a visit by US Secretary of State Mike Pompeo as Argentina marks the 25th anniversary of the deadly bombing of a Jewish community center in Buenos Aires in which 85 people died.

The Argentine government’s Financial Information Unit ordered the freezing of assets of members of Hezbollah and the organization a day after the country created a new list for people and entities linked to terrorism.

The designation of Hezbollah as a terrorist group was the first by any Latin American country.

“At present, Hezbollah continues to represent a current threat to security and the integrity of the economic and financial order of the Argentine Republic,” the unit said in a statement.

There was no immediate comment from Hezbollah on the move.

Hezbollah, which is a proxy of Iran, has long been linked to the 1992 attack on the Israeli embassy in Buenos Aires, which killed 29 people, and the 1994 AMIA attack.

The Iranians are accused of ordering Hezbollah to carry out the AMIA bombing, which was the deadliest terror attack in the South American country’s history.

Iran denies involvement and has repeatedly rejected Argentine demands for the accused to testify.

Last year, Argentina froze the assets of the Barakat Group, also known as the Barakat Clan, a criminal organization linked to Hezbollah, which operates in the area known as the “Triple border” made up of Argentina, Brazil and Paraguay.

Last November, two Argentine citizens with suspected links to Hezbollah were arrested. The two men, aged 23 and 25, were arrested in a residence in the capital. Police discovered a small arsenal that included a rifle, one shotgun and a number of pistols, among other weapons.