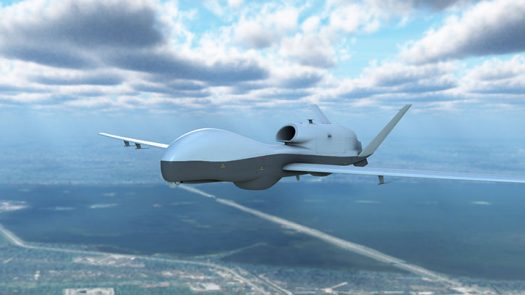 Iran Shoots Down US Military Drone in Gulf

Iran on Thursday shot down a US military drone that it said was flying over one of its southern provinces on the Gulf, increasing fears of military conflict as Washington seeks to isolate Tehran over its nuclear and regional activities.

It was the latest in an escalating spate of incidents in the Gulf region, a critical artery for global oil supplies, since mid-May including explosive strikes on six oil tankers as Tehran and Washington have slid toward confrontation.

Iran has denied involvement in any of the attacks, but global jitters about the risk of a wider Middle East war disrupting oil exports have triggered a jump in crude prices. They surged by more than $3 to above $63 a barrel on Thursday.

Tensions flared with the US pullout last year from world powers’ 2015 nuclear accord with Iran and have worsened as Washington imposed fresh sanctions to throttle Tehran’s vital oil trade and Iran retaliated earlier this week with a threat to breach limits on its nuclear activities imposed by the deal.

Upping the ante, Washington said on Monday it would deploy about 1,000 more troops, along with Patriot missiles and manned and unmanned surveillance aircraft, to the Middle East on top of a 1,500-troop increase announced after the May tanker attacks.

Sepah News, the website of Iran‘s elite Revolutionary Guards Corps (IRGC), said the “spy” drone was brought down over the southern Iranian province of Hormozgan, which is on the Gulf.

An American official said the drone was a US Navy MQ-4C Triton and that it had been shot down in international air space over the Strait of Hormuz, through which about a third of the world’s seaborne oil exits the Gulf.

A Revolutionary Guards statement said the drone’s identification transponder had been switched off “in violation of aviation rules and was moving in full secrecy” when it was downed, Iranian state broadcaster IRIB reported.

The Iranian Foreign Ministry condemned what it called a violation of Iranian air space by the drone and warned of the consequences of such “illegal and provocative” measures.